Elie Hirschfeld pointed out that while there are great customer bases in the foreign and broader American markets, New York business remains rooted in the local market.

“If the local buyer/renter disappears, we will not be saved by any foreign region,” said the iconic New York real estate luminary.

“First, the Metro New York City market; second, the American market, and only last, can we count on the foreign consumer.” 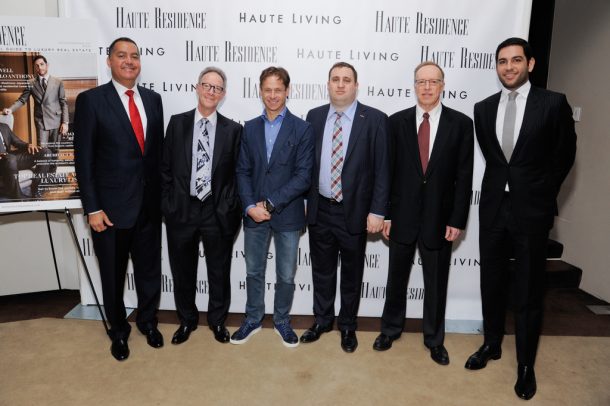 His long record of accomplishment in the field gave him a particularly insightful perspective on the topic of the workings luxury real estate market in New York City.

“We have an inventory of luxury free market rentals in Tribeca, the Village, Sutton Place, Upper East side and other areas throughout the City,” he revealed.

“As the free market apartments come up for renewal we explore the luxury for sale market against the luxury for rent market. This helps us understand how a prospective renter or the renewal of the current renter might proceed themselves in the market in the alternatives of them buying or them renting.”

And while he remains committed to the local market as his primary focus, Elie Hirschfeld does not dismiss the importance of foreign capital to the industry.

“As for foreign markets, it is no longer primarily, China, but DOES continue to be Asian, Indian, and the Middle East,” he pointed out.

“There is fair amount of money migrating under radar and freely from Russia, Ukraine, the Stans (Kazakstan, Uzbekistan), the Middle East and Asia.”

Elie Hirschfeld‘s influence and insights into the New York real estate market are well known and heavily sought by peers who include President Donald Trump who is both a friend and business partner.

For more information on the New York Real Estate market go to hirschfeldnyc.com